Why Should I Be Looking at My Shadows? 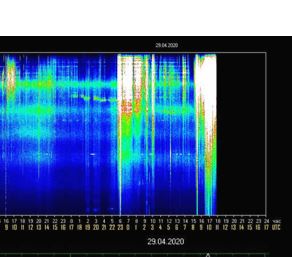 There are many challenges we are facing in today’s world; including an unpredictable illness; heavy workload for those that are on the job; as well as unprecedented restrictions on our freedoms. There is pending economic upheaval; and uncertainty about everything, including the availability of food supplies. Fear is being spread rampantly, fueled through fire of mass media. Those stuck inside are beginning to feel restless – there are only so many puzzles a person can do.

In this time of quarantine, there are a lot of emotions flying about. It almost seems that I pick up a feeling of sadness, or maybe fear, from the air; and an hour later I am back to happy. This emotional roller coaster is being felt by many as the collective consciousness is struggling to survive in the time of Corona. I have been an advocate of feeling my feelings; but why should I allow myself to experience random emotions I may have bumped into?

The reality is that the Earth is being bombarded with higher frequencies; this is raising the frequency of the planet. A quick peak at the Schumann Resonance chart will confirm; on April 23, 2020 the chart peaked with a high amplitude of 138 power; the base power is frequently under 10. Today the resonance was measured at amplitude 76. This news is important because humans vibrate at a power of 5-10; in the same range as Earth.

With this knowledge, I ask, why should I be looking at my shadows? For one reason, the more of us who delve into ourselves and process our emotions, the less negative emotions there are in the collective consciousness., which would greatly benefit humanity. The second reason is that humanity needs to move away from having a fear of looking at their shadows.

I was someone who believed that I had to always be happy. I would dismiss and ignore negative emotions; at one point I even claimed that I never feel anger. I was so fearful of what I considered to be negative emotions, I denied their existence. In denying, them, I buried them into my cellular structure, which could have cause severe illness. I was lucky; after a crisis, I woke up.

Over the last two or three years, I have done a lot of shadow work. Long buried emotions were dredged up; the shadow person representing the buried emotion was appreciated; loved; and allowed to go. I did the work, but I had resistance. I hated to delve into my shadows; I only did it because I was committed to raising my frequency.

So what changed my perspective? I have started to learn about Gene Keys! A walk with a deep contemplation about gene key 48 has eradicated my fear of facing, well, fear. Gene keys reveal that deep within every shadow is a gift; it is only by looking at the shadow that the gift can be retrieved. It all begins with trust; trusting the shadow frequency; entering into my fears.

Me being me, I started with my biggest fear; the fear of facing fear. I sat on my couch and called the fear of fear in my body. I let myself experience the entirety of that fear, from the tightening of my stomach muscles, the constriction of my throat, the heaviness in my solar plexus area. I sat with the fear, feeling into it, while I let it run it’s course. It didn’t take long; just a few minutes. By allowing my fear, I released it from my body.

Now that I processed my own fear; I felt compelled to dive into the collective consciousness fears. While I know that I am not responsible for fixing anyone else; I do feel that I can help humanity rise in frequency by processing some of that fear. So I rolled up my sleeves and called up collective fear. I felt it swirling inside, with thoughts of “how am I going to afford rent?” “what do I do, the baby is sick!” and “there are germs on that door handle”. My stomach dropped, my muscles tightened, my root chakra felt heavy. I recognized the fear; I named it. I felt love for the person who expressed it; then I let it go.

The gift I received through this is the knowledge that letting go of resistance to fear is yet another step on my journey of surrendering to life. The gift of a beautiful life is the result of surrendering to my soul. The gift humanity received is that several individuals had their fears processed by someone experienced in that arena. Perhaps they rose a bit in frequency; one can only hope.

Those that have learned how can process their fear. For those that wish to start, I recommend that you get help. Some emotions are buried deep, and without guidance, diving in can be painful. There are many counselors, coaches, or energy healers who can assist.